A year ago we announced the ability to authenticate your customers inside the app using their credentials instead of using license keys. The key advantages are security (harder to crack properly secured account than a license key string) and time savings (customers can easily restore access to an account vs. restoring access to a lost license key). Today, we have released several changes to make the implementation of this much easier, as described under What’s new later in the article.

How Cryptolens approach is different

When we reviewed the way our competitors solve the problem of authenticating users, all of them used the simple solution of a method that takes in username and password and returns an access token. The problem with this approach is that the user needs to trust the client application, which can be compromised (eg. an attacker can create a similar app to trick the user to expose their login information). Even if the account itself may not pose high value, since users tend to reuse their passwords, it can serve as a gateway into their other accounts. 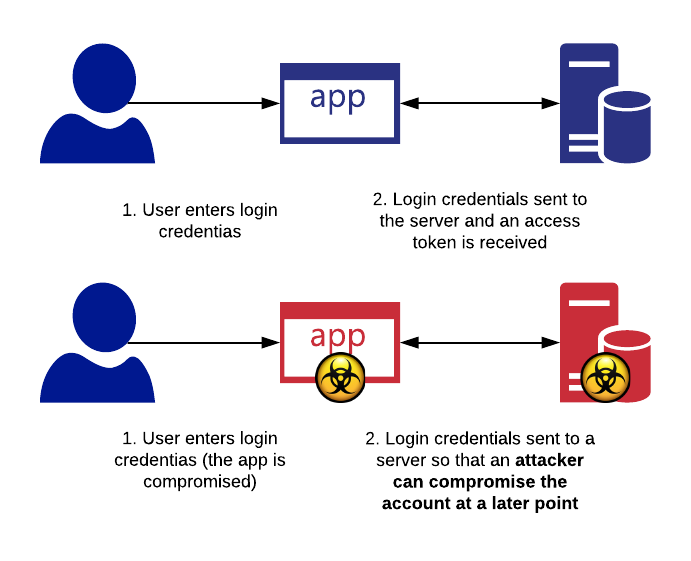 Instead of trusting the app, our approach puts trust in the web browser. The app will never receive the username or password. For extra-paranoid users, it is also possible to authenticate the request on a different machine. 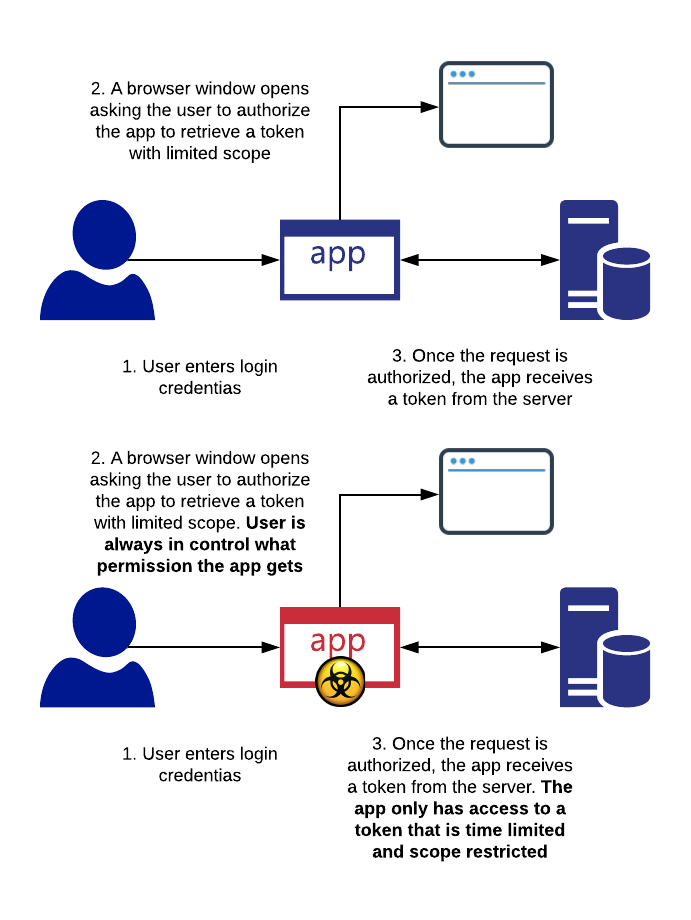 To put the problem and our solution in simple terms, there is a concrete example from everyday life, namely when you pay using your credit card. The first approach we described is similar to paying using the terminal provided by the shop (i.e. you need to trust each store that their terminal does not record your card number and PIN). The second approach is similar to new types of payment methods where you need to scan a QR code and authorise the transaction on your phone. It is easier to trust your phone than the terminals provided by the store (and you will have to trust every single one of them).

With the new release of Cryptolens.Licensing, implementation of account verification has become much simpler (as you can see later in the Getting started section). It now supports .NET Framework 4.0, 4.6 and .NET Standard 2.0. Moreover, we improved the backend to help automating account creation for customers (eg. portal link can now be obtained through Add Customer method).

We have summarised the necessary steps to get started in this article. To sum up, two steps are necessary. First, you need to send an invite link to your customer (which can be automated). The second step is to include the following code in your application.

This site uses Akismet to reduce spam. Learn how your comment data is processed.